Engin Altan Düzyatan is probably the coolest actor of 2017. With the rise of the television series “Diriliş: Ertuğrul – Ertuğrul Resurrection” he is now at the peak of his career. He is handsome, cool and has great acting skills. Being discrete to press makes him a respected star among all the audience. 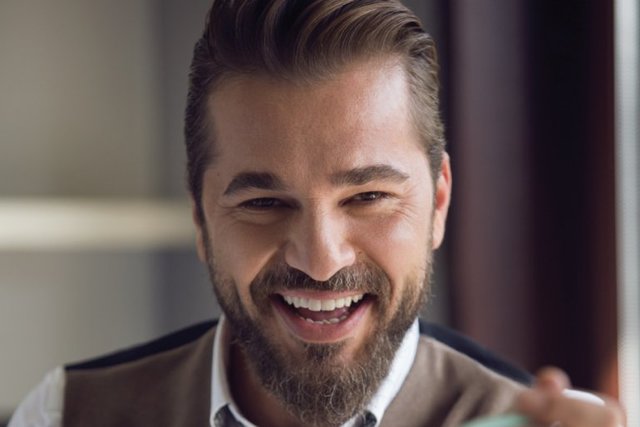 From 2002 to 2018, Engin Altan Düzyatan appeared various roles, but the latest tv series “Diriliş: Ertuğrul – Ertuğrul Resurrection” he plays as the warrior clan leader Ertuğrul Gazi, who is the father of Osman Bey, the founder of the Ottoman Empire.

Ertuğrul Gazi is pictured as a cool warrior with his long hair & beard wearing leather suits unlike the classic Asian – Middle Eastern warrior type -a white cloth, turban etc. We can say Ertuğrul Gazi figure is pictured very similar to Jon Snow of The Game Of Thrones. Kit Harington and Engin Altan Düzyatan are both young and handsome figures, they are cool and serious.

Engin Altan Düzyatan was born on 26th of July 1979 in İzmir, his family has Albanian origins. He studied theatre in Dokuz Eylül University and after graduating he moved to İstanbul to take bigger roles on television and cinema.

He started to appear on various tv series like Ruhsar, Koçum Benim and Alacakaranlık. His first role was in the movie Beyza’nın Kadınları (Beyza’s Women). After some years and successful performance, he started to get bigger roles. He acted in the films Romantik Komedi, New York’ta Beş Minare and Bir Avuç Deniz in 2010. Besides acting he started to host tv shows, he hosted Canlı Para from 2010 to 2011 (the Turkish version of The Million Pound Drop Live)

From 2014 to now Engin Altan Düzyatan is starring “Diriliş: Ertuğrul – Ertuğrul Resurrection” which is one of the biggest productions of TRT (Turkish Radio Television Corporation).

Engin Altan Düzyatan is 1,85 mt height and 73 kgs weight, his zodiac is Leo.